I struggled to think of what to do this week, I had some ideas – but as per usual LIFE GOT IN THE WAY.

My Dad arrived in NYC and he asked me what my challenges would be and I told him the above – he said he remembers watching someone attempt to speak to someone new every day and how hard it was. So, this is what I am going to do for a week.

This will be a challenge to me because, I am a secret introvert.

With my friends I am all WOO YAAAY FUN, with new people I am very, very, awkward.

Does talking to the girl in the coffee shop count? Like…who I order from? I’m not sure. She couldn’t quite hear me anyway….

Hello, can I please have a mocha?

She’s the only stranger I have seen today…sooo. OKAY THAT’S A LIE YOU CAN SEE RIGHT THROUGH  ME.

There was also a man in an elevator, I chickened out – I was going to be all

Lol, these doors take a while to close – classic machines letting us down.

But then I over thought it and freaked out.

UPDATE – someone found a mouse in their drawer at work, everyone on the floor came together to look/exclaim at how freaked out they were. Spoke to 2 people I  have never spoken to before. 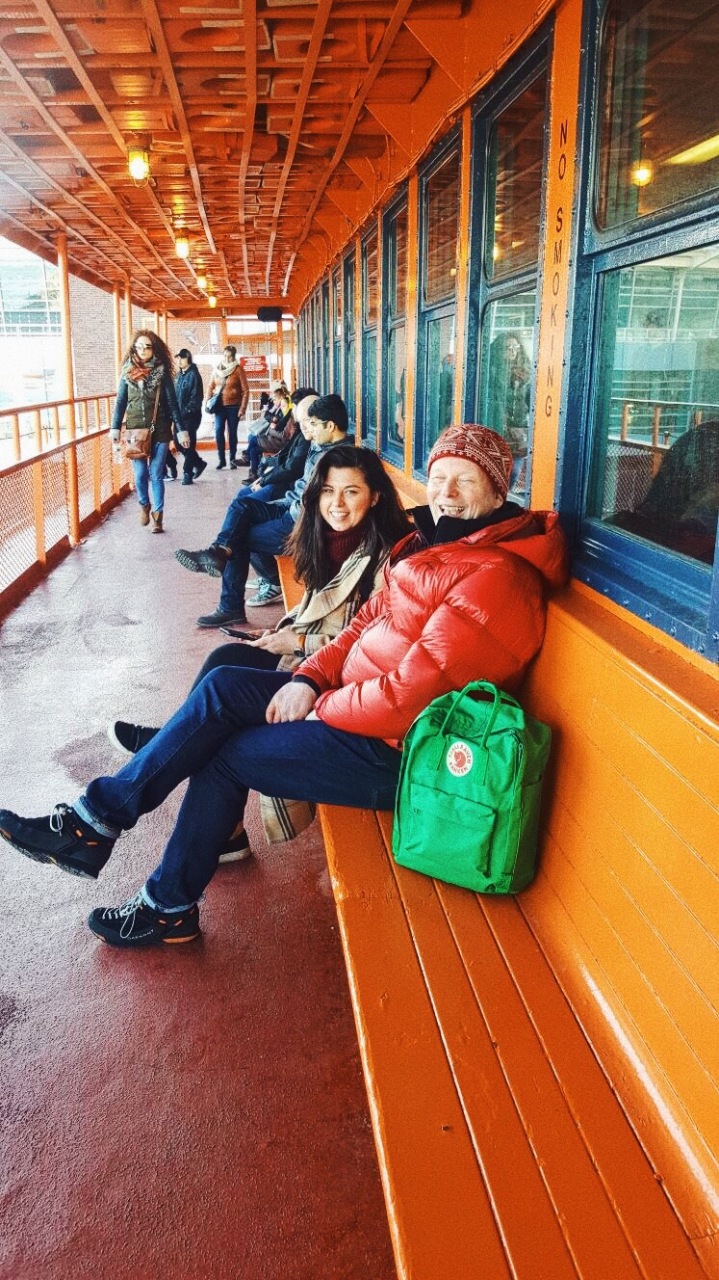 I failed today, because I forgot I was doing the challenge.

I mean I did speak to strangers, but as mentioned before I’m not sure if waitresses/waiters or people in shops count as technically you HAVE to speak to them…

I also got into bed at like 4pm after an exhausting day of tourism so I was essentially M.I.A for the majority of the day, and I’m not exactly going to find a stranger in my flat am I?

Well I better bloody not.

Luckily enough, we decided to go the Tenement Museum, (side note: this is an awesome thing to do as a tourist I would highly recommend, I had never heard of it before and would 100% do it again), during the tour our guide, sorry our ‘learner’ or ‘teacher’ or some other word that meant GUIDE told us this was a ‘conversational’ tour, we ask her questions and she asks us questions – the introvert inside of me went:

Anyway, after learning about this fantastic (real) ‘Lager and Beer Saloon’ which was remade for us to sit in we were all given cards of people who would go to this pub, and then we had to introduce ourselves to others to find out who they were. The catch was, you were not allowed to speak to the people you came with GOD DAMMIT.

Upon hovering around people I finally sparked up a conversation, it’s amazing the confidence that comes out of you when you are told you are a Bavarian musician with a wife and one year old boy. It appears that version of me is slightly more interesting.

Even though I was forced to speak to people, I still feel like this counts.

After work I met my Dad and Wendy to head to the Rainbow Room at the top of the Rockefeller, a gorgeous but expensive bar with an insane view of the city.

Upon heading to the loo I accidentally got in the background of two girls taking a picture (one of the other) – I apologised a lot as I know how annoying this can be as it happens to Flo and I on a regular basis, I then offered to take a picture of the two of them together like the good Samaritan I am but they politely declined.

Upon leaving the loo they were having a photo-shoot on the staircase that leads down from the bathroom – there was no escape I was once again in the background of their picture. We had a laugh about it and I essentially made two best friends. (Complete exaggeration)

An interesting day to say the least, the last thing I want to do is talk to a stranger.

I headed to work, had a half day then onto the Frick Museum (which is lovely by the way), and then we headed to Roosevelt Island on a cable car – a lot of fun.

There was at no point I had spoken to a stranger, which made me panic so I proceeded to ask a lady at Urban Space where the bathroom was, when I knew exactly where it was.

I think this was an epic fail and this definitely does not count.

However, I did in fact meet someone new, and chatted to them about my Mountbatten experience.

But you know when you are just so tired it’s just an incredibly hazy blur of a day and you can’t even talk to yourself at this point.

What do you mean you don’t talk to yourself? 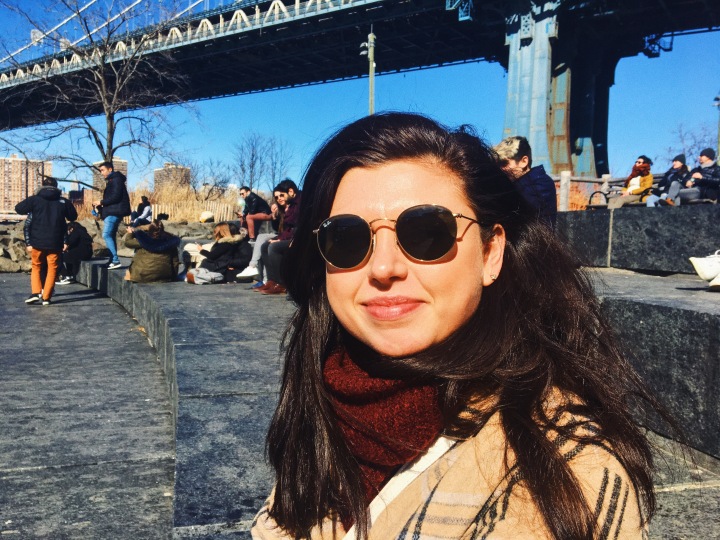 I did not speak to a stranger today as I was simply not in the mood, HOWEVER… 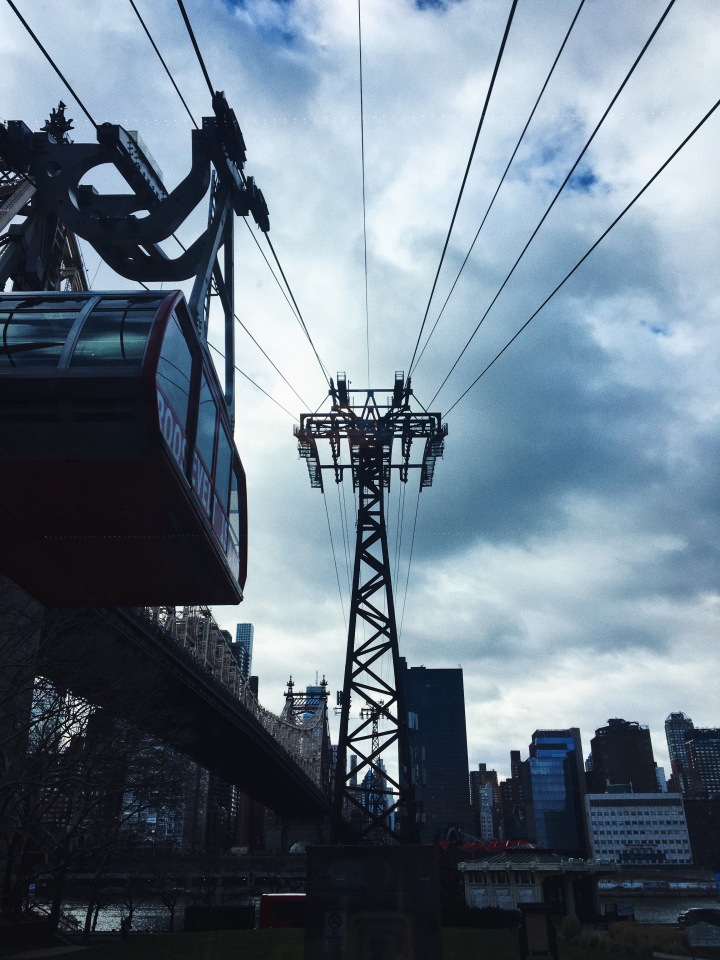 I just got in the elevator at my apartment and this lovely man offered me to go in first and then we continued to have a conversation about how completely useless the elevators are and the fact that it takes about 3 or 4 months for them to be completely finished due to inspections etc.

A completely boring and unnecessary conversation, but as he left the elevator he waved at me and told me to have a good day.

At the end of the day as much as I don’t enjoy speaking to people I don’t know due to my uncontrollable awkwardness, the last day put a positive light on the whole experience, because now I know I have someone in the building I can ‘nod’ at or say hi to. Which overall, is really kind of nice.

Will I speak to more strangers? I’m going to certainly try.