In May I was invited to the launch of the newly refurbished Gateway Restaurant located inside the Royal Botanic Gardens of Edinburgh.

As soon as we walked towards Gateway we could see how busy it was, with the entire front decking covered in people. I couldn’t help but get excited about summer and the Festival and how great it will be to socialise outdoors again.

We were handed a delicious raspberry and gin cocktail and people watched to our heart’s content – my favourite hobby at events.

The food hadn’t started being served yet but through the grapevine we knew there was going to be pizza and a mixture of street food as the decking has an all weather kitchen which includes a pizza oven and BBQ.

The queues started forming for the food – and these queues were long, until a lovely staff member let slip that there was another BBQ at the other side of the decking. We ran along and we couldn’t have been happier.

We received BBQ’d teriyaki salmon and delicious fresh prawns, this was 100% my favourite eat of the night as the salmon was to die for.

Then my other friend arrived, therefore a great excuse to get more food. So two of us got pulled pork rolls with coleslaw with all of the add-ons – one was on a brown roll the other brioche- the brioche was miles better than the brown roll even though the fillings were nearly identical.

Then as there was an outdoor pizza oven – we also had to get pizza. They have a few ingredients for you to choose from and then they pop it in the oven. It probably only took 5-10 minutes for you to receive it.

HOWEVER some girls behind us decided they didn’t want to order and stole our pizza instead so we had to wait all over again – I never forget the face of those who steal pizza off of me.

We went for mushroom and pepperoni – it was delicious but slightly doughy. 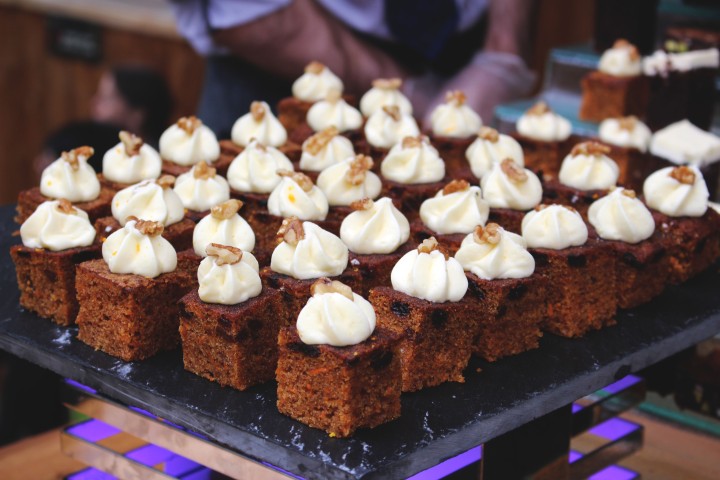 There was, of course, a dessert station staring at us from across the room, we somehow managed to find ourselves in front of the cakes within seconds. I exclaimed and said – that looks like Guinness cake! The waiter said I couldn’t be more correct – so I picked the bit with the most butter icing and I was in heaven for the five minutes it lasted for.

Both the restaurant and the menu have been refurbished –  with attention being paid to the ingredients reflecting local use, including those grown by the gardeners at the Botanics.

We were also treated to fire breathers,  a photo booth and outdoor games. Overall a great evening to show off the newly opened restaurant and it proved to many of us that it would be a fantastic event space.

I’m not going to do a rating as I don’t feel like I got the full restaurant experience, so keep your eyes peeled.