Not impressed unfortunately, in fact, walked out very disappointed.

It just seemed completely confused, like it had no idea what it was supposed to be. 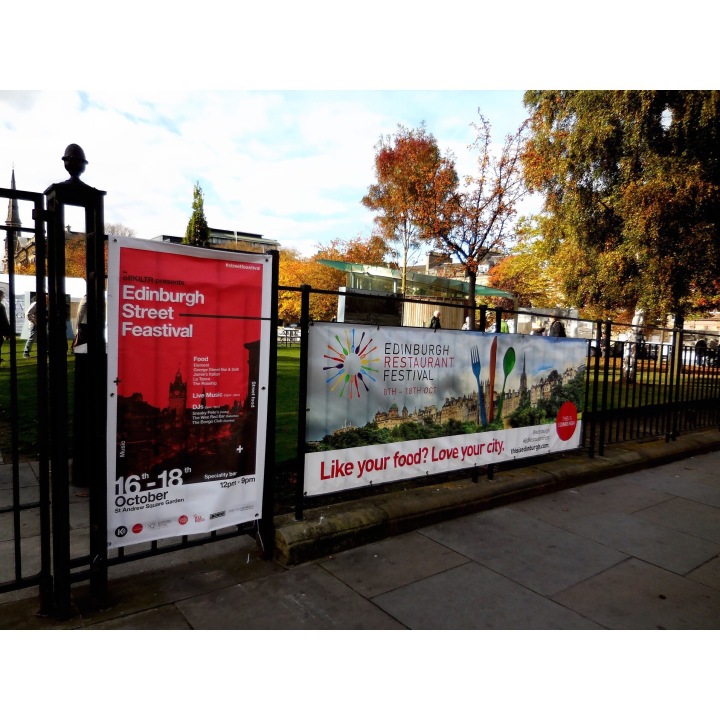 It was on Friday – Sunday, and on my lunch break on the Friday I thought I would walk along and see what’s going on. To my dismay at 12.20 it hadn’t opened yet, so I went up to one of the bouncers? (Security people?…not sure?) And asked whether it was open or not, she informed me that they were running late. So on the Friday I went to Pret A Manger and had a lovely cheese sandwich. 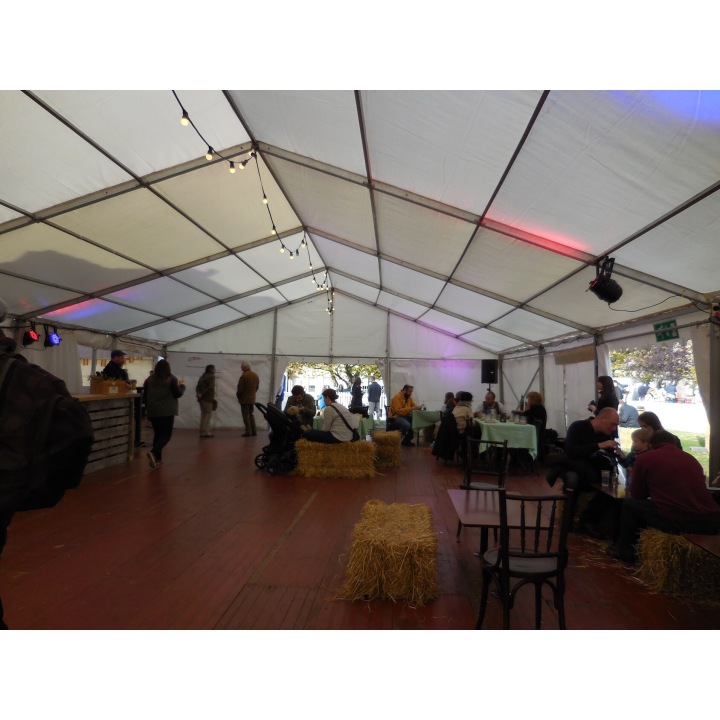 So, on the Sunday I decided to give it another go, so my mum and I headed along to have a peak and see what was going on.

Now for me an ‘Edinburgh Feastival’ should be filled to the brim with Edinburgh restaurants trying to promote themselves, handing out free samples, selling a couple of dishes and handing out deals. This however had a total of four restaurant stands in the middle of a Marquee in the centre of St Andrews square, which bare in mind holds many food and clothes stands over Christmas/Summer. There were also two very large bars, which they could have made into one large bar and have more room for food? 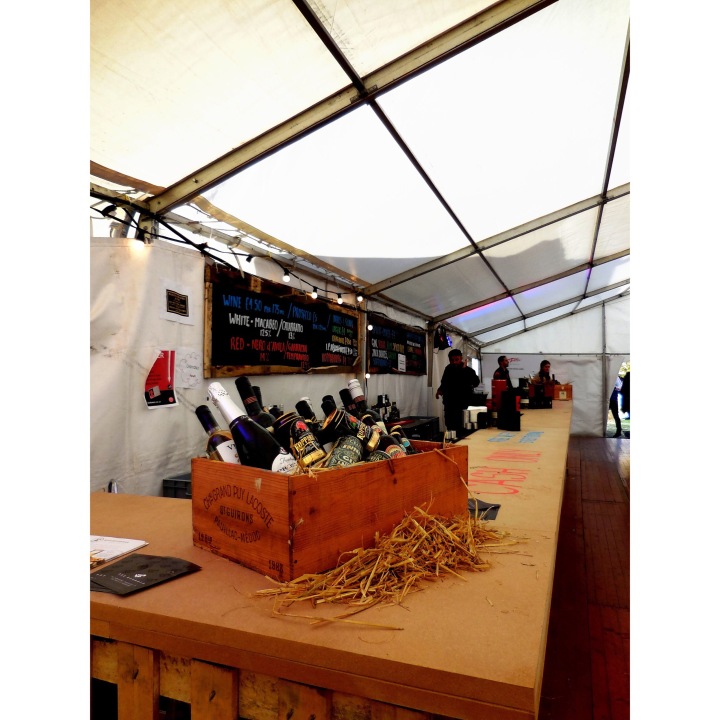 There was blaring music which was completely doing my head in, mid-day on a Sunday, and the tent was relatively quiet. For me personally, it felt as though they were aiming for a ‘hip, young crowd’, but also focussing on families as well… it was all a bit confusing. 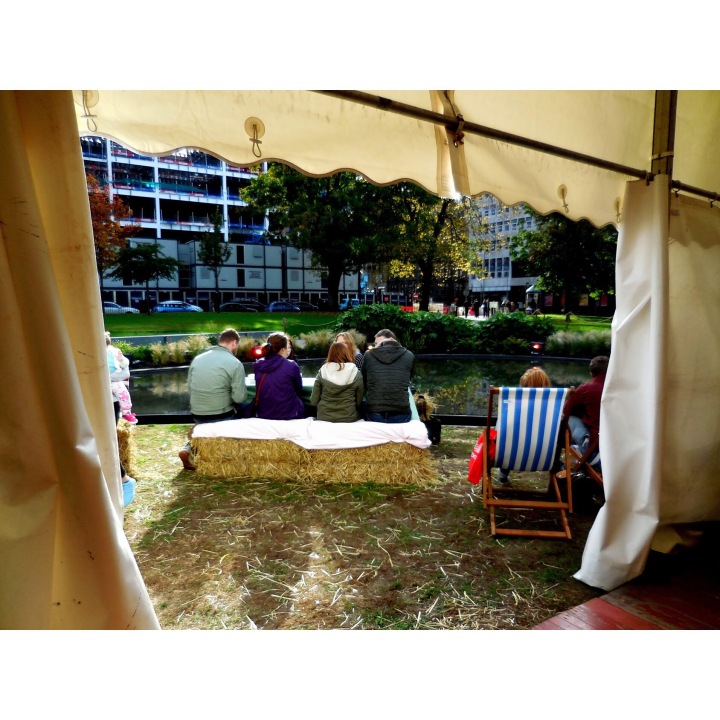 There were many children,the ladies beside us had three young kids, the only thing she could find to feed her children was pieces of chicken from the paella she ordered. For her baby she had to ask a restaurant for a free slice of bread because there was nothing else she could give her. The restaurants there all had delicious things on the menu but there was nothing quite plain and simple enough for kids, I felt sorry for her and others who brought their children. Yet, they had outdoor games for children? 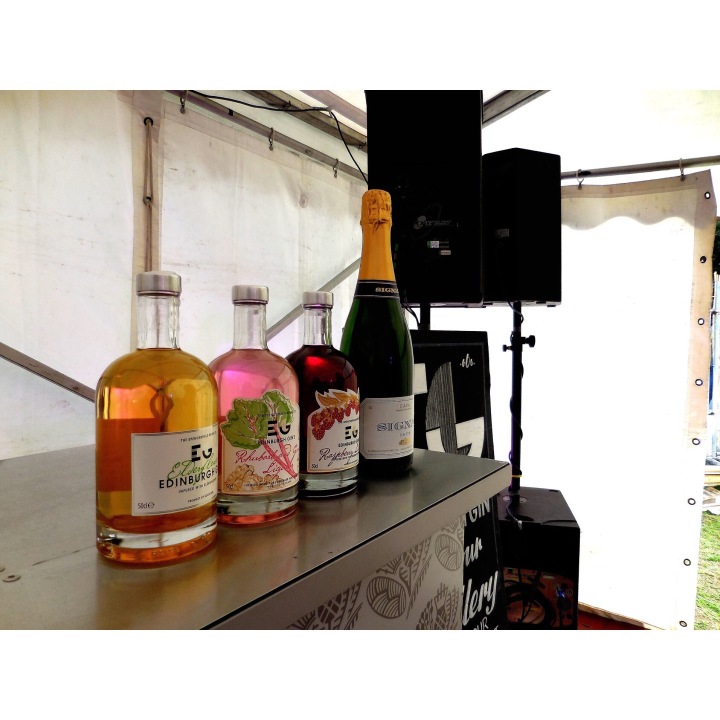 There was whiskey tasting which was a fab idea, and also an Edinburgh Gin stand, and I adore Edinburgh Gin so a Rhubarb and Ginger fizz cocktail went down well with me. It was just a shame that there weren’t other stands for other Edinburgh companies… cakes, jams, honeys, coffee…more restaurants….anything really.

From what I grasped the Feastival was a chance to try different dishes from Edinburgh restaurants for a fiver, which is a great concept,……except I’m going to say it again….it would have been a lot better with more choice.

I apologise, I will stop ranting now. The best part was the food.

The Rosehip is a restaurant I have been to before and enjoyed, so I decided I would try one of their dishes. I chose ‘The Wee Taste Of Scotland’, which is of course Haggis, Neaps, and Tatties, to the non-Scottish Haggis, Turnip and Potato. This was truly delicious, and had a wonderful mustard sauce on the top, every mouthful a delight.  I will certainly be going back to the Rosehip. 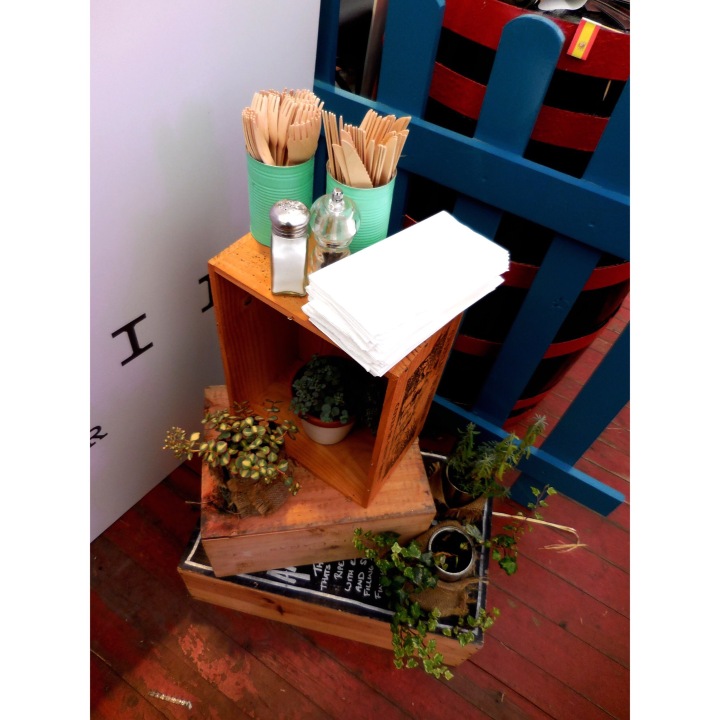 Not 100% sure how to feel about the entire situation.

Also, what was with all of the hay?!?